So, having been running for over 18 months and having now run 3 half marathons and a couple of 10Ks does the pre-race run in get any easier?  When do you reach the point where you aren’t nervous about entering a race? 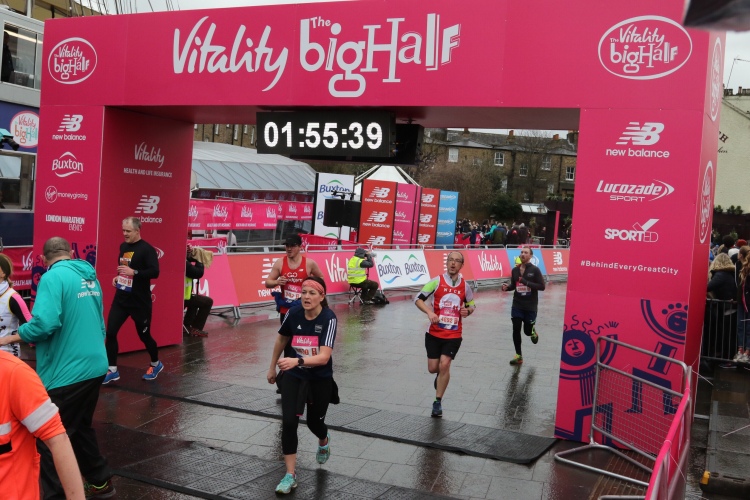 The stupid thing is I’m a scientist turned Director level manager in a Cancer Immunotherapy company, I’m not an athlete and I’m not expected to win a race or beat the ‘youngsters’.  I’m 42 not 24!  So why in the few days before any race, any race at all, I get nervous, I have those disaster dreams and I feel utterly ridiculous.  It’s 2 days before the 2019 Big Half 1/2 Marathon in London.  I ran the first (it was my first ever race) and I’ve run 2 further (harder, much harder) half Marathons since.  I know the course, we have like 10-15 000 runners, I’m anonymous, one of the crowd that finished around 1800th last time around.  I expected this time around that I would just roll along to race day, turn-up and run and go home, hug the wife, wave a medal in front of the kids and then get on with life, with a little extra self satisfaction that I’ve yet again proved to myself that I have what it takes to run 13.1 miles without needing to stop for a cup of tea and a cake.

So 2 days ago I couldn’t sleep after having a dream that it was race day, I arrive without any kit, I’ve left my number at home, I’m running late and only just make it, to realise that my number is back home 2 hours away and the race starts in a matter of minutes.  Disaster.  It’s like being back at school having those worrying thoughts that all school kids have – at least all the school kids I knew anyway!

So does this ever fade away?  I have the Brighton marathon in 5 weeks, I would hope that I am not full of nerves and worry in the run up – I really hope so anyway as im taking the family to Brighton for a long weekend including my 6th wedding anniversary and the Marathon, I don’t want to ruin that with worry! 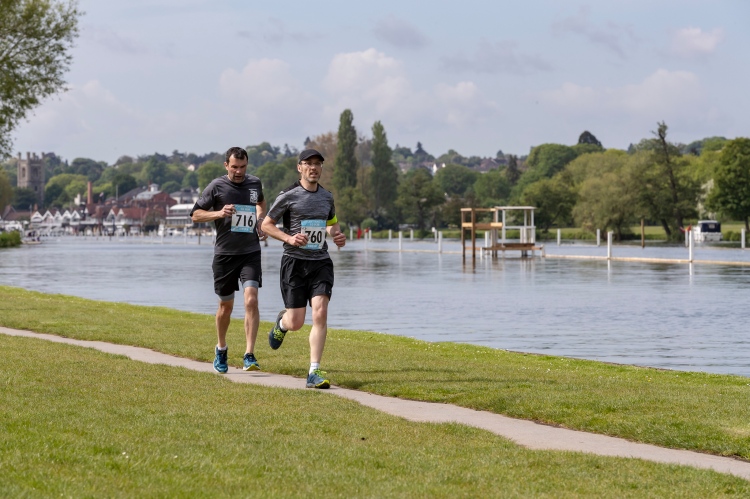 Am I concerned I’ve not done enough work to manage and survive the race duration?  Well for a Half Marathon I’ve run that distance plenty of time in training as well as a few races, so I can run that, in a reasonable time too if that matters.  I run between 30 and 70 Km a week and I follow a mixed training program of slow runs, fast runs, short runs and long runs, and I also cycle and do some other strength work (albeit very minor) so I’m putting in the effort to achieve race finishes.

I can only conclude that the reason behind these feelings harp back to some of the background I’ve discussed in my blog previously.  Even at 42, with a capability for running already demonstrated, I’m simply embarrassed to be there, I’m too self conscious to feel comfortable and I’m too worried about what people are thinking to be settled.  And it frustrates me no end.

Why can’t I get over this?  Why do I have to go through these emotions each time?  And why can’t I leave them behind at the front door, or the car park, or the start line.  Why does it follow me to the finish line.  Only then do I actually have a moment of ‘YES!!!!!’ before a kind of find a way to shrink away and almost pretend I was never there.

What I will say, and hopefully others that have these same feelings will find helpful, is whilst it might not disappear and go away, I do think it gets a bit better.  Just a little bit each time.

Writing this I recall some of the feelings from last February/March in the run up to the race and I very nearly pulled out.  The only reason, and I mean the only reason, I stuck with it at the last moment was the fact I was running for charity.  It wouldn’t be fair to the charity to pull out.  Or to those that sponsored me.  I don’t feel that strength of feeling but I’m still worried, nervous and fearful.  I’m still not without concern that I’m not really meant to be there!

But I do think that there has been one benefit of the ever increasing years and the experiences life throw at you, which is that you will almost always have supporters and doubters.  As they say you cannot please all of the people all of the time, that’s just a rule that applies to everything.  So the key thing is to understand that from the start and realise that for every person out there watching you run that race and saying to themselves “look at that idiot, what are they doing there!!” there will be many more that are cheering and shouting your name and willing you on, hoping that you complete the challenge.  And then there are family members that will always support you and in some cases will live the race themselves through your own achievements.

‘No matter how slow you might be running, you are running faster than everybody on the couch’

One of my favourite posts often seen on Facebook is one I think we can all do with remembering at times – ‘No matter how slow you might be running, you are running faster than everybody on the couch’. By stepping out the door to run even a few feet you have started and have made a difference, trust in yourself, believe you can do it and you will get to be the best version of you that you can be.  And that is the gold in any race! 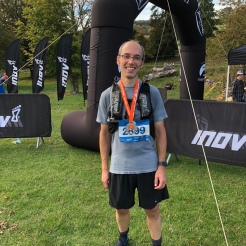 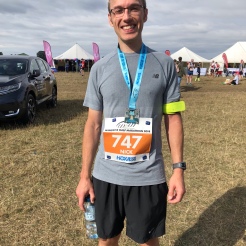 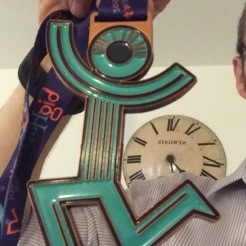